What is the Census of Agriculture?

The Census of Agriculture is a comprehensive count of U.S. farms and ranches and the people who operate them. Taken once every five years, the Census looks at land use ownership, operator characteristics, production practices, income and expenditures.

What did the results show?

The 2017 Census was distributed to 3 million known and potential farms with a national response rate of 71.5%. Additionally, the National Agricultural Statistics Service (NASS) changed the demographic questions to better represent the roles of all persons involved in on-farm decision making.

What did the 2017 Census tell us about wheat?

NASS also launched the Census Data Query Tool (CDQT), which is a web based tool that is available to access and download Census data. Since 2012, there has been a decline in all data presented for wheat except for spring durum acres harvested.

The table below represents statistics from CDQT for spring durum, spring excel durum, and winter wheat. 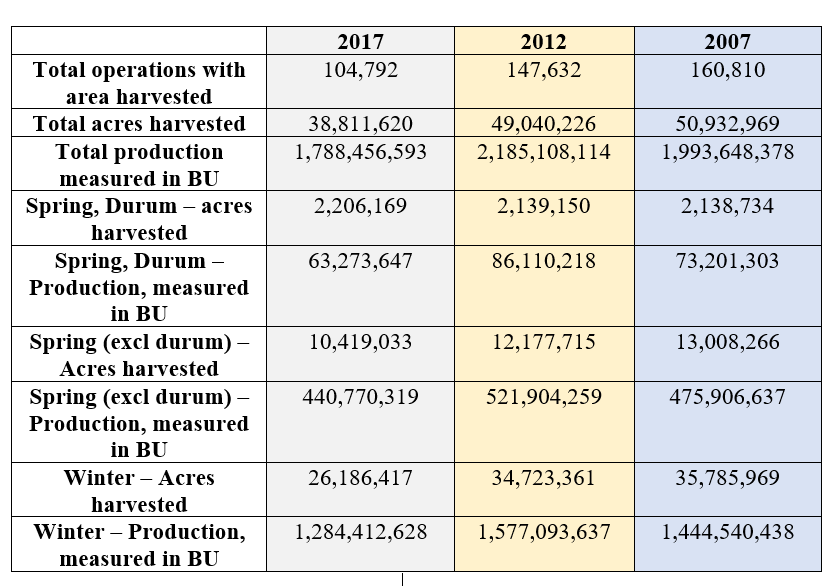